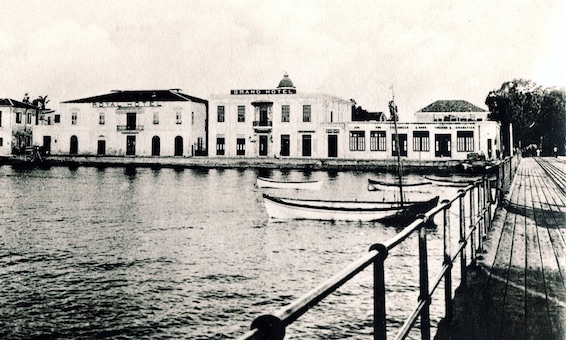 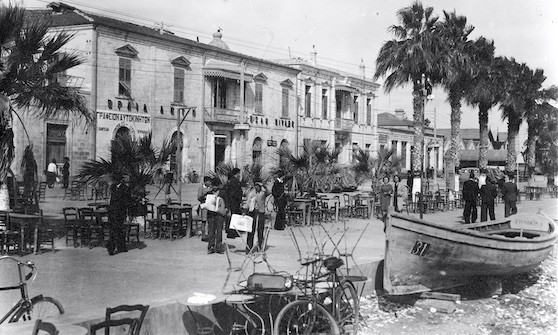 A long and rich history

Larnaka has a long, colourful and rich history. Hundreds of years of contrasting civilisations, architecture and culture have left their mark on what has always been one of Cyprus' most important and diverse regions.

Larnaka is one of the few places in Cyprus that can show evidence of life during the Pre-Neolithic period. The bones of now-extinct local primitives were discovered just a few kilometres from Larnaka, at a site on the river Tremithos near the village of Agia Anna.
Neolithic 8200 – 3900BC
The most well-known Neolithic life on the island developed around the Maroni and Vasilopotamos rivers, about 25 kilometres west of Larnaka. Choirokoitia is also considered to be the first 'urban' settlement in Europe, and is recognised by UNESCO. Discoveries near the famous site of the Larnaka Salt Lake have also uncovered a Neolithic settlement, and, at the site of Ancient Kition, several items of movable Neolithic equipment have also been discovered. Some of the unique handmade pieces from this period are exhibited at the Archaeological District Museum and at the Pierides Museum - Bank of Cyprus Cultural Foundation.

Chalcolithic 3900 – 2500BC
With the widespread use of copper characterising the Chalcolithic period, the Larnaka area had an array of copper mines, with the most well-known at Troulli, Kalavasos and Shia villages. Many other findings from this period, especially artefacts made of clay, decorate the city's museums.

Bronze Age 2500 – 1050BC
The Larnaka area was the most populous in Cyprus throughout the Bronze Age. The trading of copper and other island products with other civilisations across the Mediterranean required the use of a port, and Larnaka had one of the first in Cyprus, together with a developed sense of 'urban' life. With the region continuously inhabited without interruption for about 4,000 years, trade became plentiful. For example, tombs in the city provide evidence of trade exchanges with Egypt since the year 2000BC.

Geometric Period 1050 – 750BC
During the 13th century BC, Larnaka became known as 'Kition', with ancient myth describing how the town was named after Noah's son, 'Kittim'. Larnaka hosted the great Greek - Mycenaean colonisation in the 13th century BC, as well as the Phoenician colonisation in the 9th century BC. Surviving architectural remains of the 12th century include the Cyclopean walls and, of the 9th century, the Temple of Astarte - Aphrodite, which is described in the Old Testament. These architectural remains can be visited at the site of 'Ancient Kition'.

Archaic Period 750 - 480BC
After the Assyrian conquest of Cyprus, which lasted from 709 - 670BC, the City Kingdom became autonomous and very powerful, with its commercial and battle navy very significant within the Eastern Mediterranean. This period of power lasted until the Persian conquest of 546BC, when the Persians allowed the self-rule of the Kingdom in return for the provision of having their battle ships armed and ready. The ships of the town fought on the side of the Persians against Egypt and Greece, but the Satrap later blamed the Cypriot crews (being mostly of Greek descent) for the defeat at the naval battle of Salamis (490BC). They executed the King of Kition and established a new Phoenician dynasty, which lasted until 312BC. This new dynasty put the nearby Kingdom of Idalion and the whole rural surrounding area under its control. Temples and statues found from this period demonstrate the popular Gods of Hercules – Melkart, Aphrodite - Astarte, Artemis – Diana and the legendary Zeus.

Classical Period 480 – 310BC
In the 5th and 4th centuries BC, the Cypriot – Phoenician Dynasty of Kings undertook a vast amount of building and public work, including the port of this period, which was discovered in the early 1990’s in a rare and excellent condition. During this period, the Athenian alliance repeatedly attempted to free Cyprus from Persian rule. The Athenian General Kimon died in Larnaka-Kition in 449BC, and he is regarded a hero of the town to this day. His statue stands proudly on the palm tree lined promenade of Foinikoudes in Larnaka. At around 329BC, Alexander the Great succeeded in defeating the Persians on all fronts and Kition lived its last period as an autonomous City Kingdom.

Hellenistic Period 310 – 30BC
Kition lived and prospered in the Hellenistic times under the rule of the Ptolemaic Empire of Egypt. At this time, Zeno of Kition and his stoic Athenian philosophy was established and became popular in Greece and Rome. The last Ptolemaic Queen of Cyprus was Cleopatra the Beautiful. She lost Egypt first and then Cyprus (30BC) after her alliance with the Roman General Anthony and their defeat by the Roman naval power. Zeno’s copper statue in the town was confiscated by the Romans and was shipped to Rome with all the other treasures of the Ptolemaic State in Cyprus. A marble statue of Zeno of Kition now decorates the city, and he is considered the greatest Cypriot scholar of all times.

Roman Times 30 - 330AD
During the 1st century AD, the town had a large Jewish population up until the Roman Imperial Decree of 116AD. At about the same period, the Phoenicians adopted the Greek language and culture, not only in Cyprus, but also in Phoenicia. Saint Helena, the mother of Constantine the Great, passed through the area in 326AD. She had discovered the Holy Cross in Jerusalem and was carrying it to Constantinople, donating a piece to the Church of the 'Holy Cross' that she built at 'Stavrovouni' - the mountain overlooking the whole of Larnaka. This marked the final Christianisation of the town.

Byzantine Period 330 – 1190AD
The Arab - Islamic attempt to occupy Cyprus interrupted Byzantine peace in Kition. After the first attempt in 649AD, the Hala Sultan Teke near the salt lake was founded by the Arabs to honour Um Haram, the Holy Helper and aunt of Mohamed, who escorted her husband and died after falling from her mule. The burial of this holy person made Hala Sultan Teke an important religious place for all Muslims. The Arab attempts against Cyprus continued unsuccessfully for about three centuries. These raids destroyed most of the early Christian monuments in Cyprus, except for the famous mosaic of the 6th century AD at the Church of Angeloktisti in nearby Kiti. In the 10th century, the Byzantines again restored their order and the town's famous Church of Agios Lazaros, built in 890AD by Emperor Leo the Wise, is regarded as the most important Byzantine monument surviving on the island.

The Frankish Kingdom 1190 – 1486AD
King Richard the Lionheart of England occupied Cyprus in 1190AD during the 3rd crusade but, as he could not rule Cyprus, he first sold it to the Knights of the Templar and then to his friend Guy Lusignan, who established a Frankish Kingdom on the island, lasting until 1486AD. This is the period when Kition began to be called 'L’ Arnica' in French, eventually morphing into Larnaka. This change of the name is due to the fact that 'Larnacas' (the tombs) was a known quarter of the town at that time, which the Franks confused with 'L’arnica', named after the plant that had once densely covered the area. In the Frankish period, Larnaka was also called Salinas (salt lakes), as it was the major port for the export of salt, which was massively produced here. For 90 years, Larnaka served the Kingdom as its major port with the king obliged to upgrade the castle for protection.

Venetian Period 1489 – 1571AD
In 1489AD, Katerina Cornaro, the last Lusignan Queen of Cyprus, abdicated in favour of Venice after the sudden death of her husband. The Venetians ruled Cyprus until 1571 when the Ottoman fleet landed a strong army in Larnaka. The Venetians maximised the exploitation of Larnaka's salt, which they traded with great profit. As a result, they undertook protection works for Larnaka's salt lake and established an early-warning network of watchtowers around Larnaka's bay for protection against both pirates and the long expected Ottoman attack. When this attack eventually happened in 1570AD, they did not resist in Larnaka, only in Lefkosia and Famagusta.

The Ottoman Rule 1571 – 1878AD
After the Ottomans landed in Larnaka, it remained the most important port in Cyprus due to its close vicinity to Lefkosia. In 1625AD, the castle was reconstructed, as it can be seen today, to serve as the protector of the Larnaka port. All foreign consuls were based in Larnaka rather than the capital of Lefkosia, and the town was the most modern and richest in Cyprus. During the Greek revolution of 1821, Larnaka was the centre of the Cypriot rebellion against Ottoman rule.
The English Rule 1878 – 1960AD
In 1878AD, Larnaka peacefully received the British navy and army, when the Sultan submitted the island to the Queen for her services in the Turkish - Russian war. The British colonial-style buildings of the palm tree promenade (Foinikoudes) and the pier of the Larnaka Marina were constructed a year after the British occupation to serve trade and administration purposes, as the town was still the most important in Cyprus. In the early years of British rule, Larnaka became the centre for Cyprus' modernisation, and the place where the first newspapers of Cyprus were published. However, the construction of a new port in Famagusta by the English - and a railway connecting Famagusta with Lefkosia in the 1930’s - were reasons for the decline of Larnaka's importance, which by 1960, had become Cyprus' fourth largest city in terms of population.

The Republic of Cyprus - 1960
The island's independence was earned in 1960 and Larnaka had a mixed, predominantly Greek Cypriot and Turkish Cypriot population. The new government constructed a new port and a marina for the city. In 1974, Turkey invaded Cyprus and Larnaka received thousands of forcefully displaced persons from the northern section of the island, at the same time losing its Turkish Cypriot inhabitants. Subsequently, a new airport was constructed in Larnaka to replace the one lost in Lefkosia, which to this day sits abandoned within the Green Line that still divides the island. Larnaka's tourism continued to develop rapidly in the early 1980’s and its population increased to around 70,000.
21st Century
Larnaka, along with the rest of Cyprus, became a member of the European Union on the 1st of May 2004, and is now the third largest city in Cyprus. In late 2009, Larnaka replaced its existing airport terminal with a brand new one, allowing for an annual capacity of 7.5 million passengers, underlining the city's importance as both the major gateway to Cyprus and as a wider regional hub. Larnaka offers its visitors a multitude of options, with a well-defined historical centre, important museums, first-rate coastlines for swimming, a large array of shops, and an exciting nightlife scene that embraces all generations.