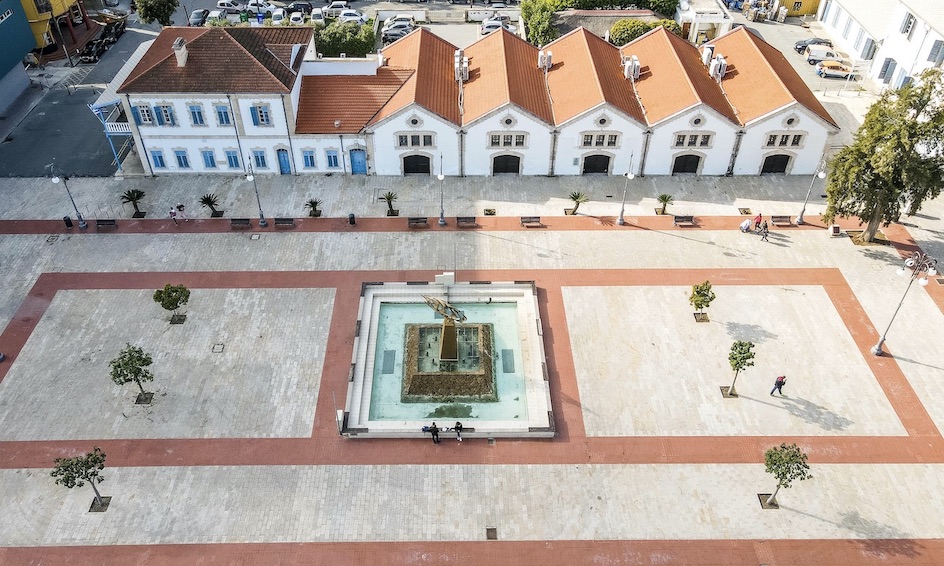 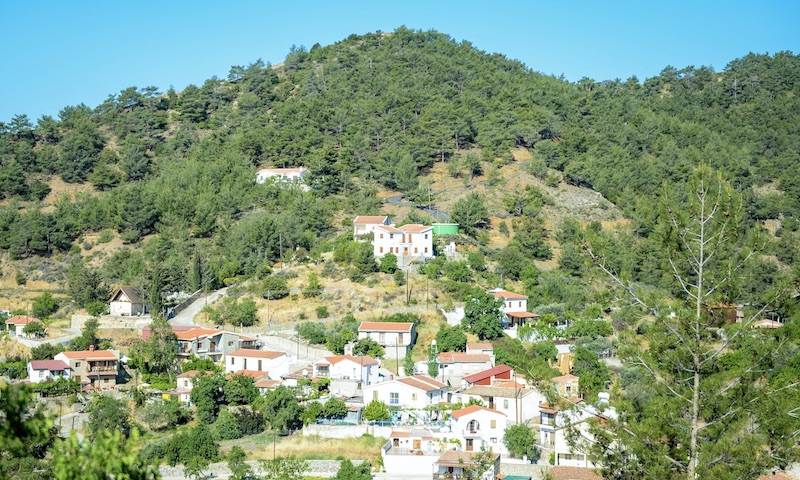 Weekend in Larnaka: from the city centre to the mountainous communities

Larnaka city is beautifully compact with so much to see and do within the vicinity of the city centre, the parallel promenade and the surrounding area. The wider region of larger communities and quaint villages is also easy to explore, with short distances between each, and always something new and interesting to discover. If you only have one weekend to visit Larnaka city and experience the region, you will find that every moment can be filled with a diverse array of sights.

Larnaka city centre is the ideal starting point to discover the region’s history and culture thanks to the large number of attractions found in a small, compact area. If you have 24 hours in the city our 24 suggestions (+ 8 more) can easily be toured on foot or with a quick bus trip to explore further afield.

Start your explorations at the beginning of the Foinikoudes coastal strip and you will immediately encounter Larnaka Marina with its bobbing boats where you can embark on a short cruise or simply take a stroll (1). Opposite is Europe Square with the Seagulls in Flight fountain (2), the Municipal Art Gallery (3) and the Larnaka Historic Archives Museum (4). The Zeno of Kition statue (5), and the Armenian Genocide Memorial (6) are two monuments that are part of the Larnaka Storytelling Statues project whereby you simply scan a barcode to receive a call-back on your mobile device and hear the monument’s story narrated.

Continuing along the beachside, a third chatty statue appears – the bust of General Kimon (7). At the other end of the promenade the Larnaka Medieval Castle with its museum (8) stands proudly overlooking its pier of love locks (9) and a cobbled square where the Winged Lion of Venice (10) sits – another talking statue! Opposite lies the Kebir (Buyuk) Tzami Mosque (11).

Past the fort you will enjoy a stroll along the Piale Pasha sea walkway (12) with unlimited sea views, leading to the Larnaka Art Workshops Neighbourhood (13) for a self-guided tour to watch the artists at work. If you would like to continue further to the picturesque Psarolimano fishing harbour (14) you will see the fishermen bringing the freshest catch of the day to the surrounding fish taverns. Further still – and passing the row of ice-cream parlours – is the trendy Mackenzie Beach (15) with open-air gym equipment and children’s playgrounds. Mackenzie Beach is just a short distance from Larnaka Salt Lake (16) which fills with flocks of Greater Flamingos between November and March.

Heading back round to the promenade (or turning back from Piale Pasha if you don’t want to go as far as Mackenzie and the Larnaka Salt Lake) the points of interest continue in the parallel town centre. Passing through the backstreets of Laiki Geitonia with its hidden cafes (17) and past the old warehouse buildings of Pavlou Valsaki and Kleanthi Kalogera Streets (18) the grand Saint Lazarus Church (19) rises up. Set in its own charming square, you will find the eclectic Salt & Pepper Museum (20) on one side and further warehouses turned into artistic venues (21) on the other.

Within the town centre there are further cultural attractions; the Kyriazis Medical Museum (22), Pierides Museum – Bank of Cyprus Cultural Foundation with archaeological finds (23) and the new ‘living museum’, the Multispace of Creativity and Culture (24) where artisans demonstrate their folkloric crafts onsite in the former historic Mattei House.

The winding streets of the commercial centre reveal more gems. The shops and cafes of the cobbled Ermou Square sit amidst the fountains (25) and just one street away the talking statue of artist Michael Kashalos (26) heralds the elegant Q City Centre alleyway (27).

The new Municipal Market (28) stands on the site of the old, traditional agora and combines elements of both a traditional and modern market – a bustling meeting point where you can shop for local produce and souvenirs.

If you have time to continue exploring (after a spot of food or drink at one of the many city centre establishments), head to Saint Joseph’s Convent to find the talking statue of a heron that serves as a tribute to the philanthropic Sister Sophie Chambon (29) and sits opposite the newly renovated Archaeological Museum of the Larnaka District (30) where finds from Ancient Kition are exhibited. For a final museum, visit the Larnaka Municipal Gardens where a small Natural History Museum (31) sits amidst the park grounds that also house the Municipal Theatre and Municipal Library. Here you will find two final talking statues (31 & 32) - Fanfare for Peace and poet Tefkros Anthias.

Don’t worry if you can’t fit everything in within 24 hours… it’s the perfect excuse to come back again to the heart of Larnaka to continue your journey of discovery!

After a day in the city, it is time to become more acquainted with the wider region and enjoy a different Larnaka experience!

Larnaka city’s beaches continue through coastal villages that then unfold towards charming rural villages that start to climb up the mountains. Here you will discover the most authentic side of Larnaka in communities that cherish - and continue to practise - their age-old pastimes and traditions amidst winding, cobbled lanes and stone-built houses.

Leaving Larnaka and following a coastal route to begin with, head to Pervolia village. Pervolia is known for its landmark Faros (lighthouse) area, where an old lighthouse stands proudly among beautiful beaches connected by a long coastal path. The village is also home to one of four Venetian Watchtowers in the region (the Rigainis Watchtower). The watchtowers are well preserved and once formed a network against invaders, serving as an early warning system.

Continuing from Pervolia you will reach Mazotos where Larnaka Kitesurfing Beach can be found – the best spot on the island and beyond for enjoying the sport or simply gazing at the sky of kites. Mazotos is also home to the island’s only Camel Park – the perfect visit for all the family as you can feed the camels and other animals; experience a camel ride, or take a dip in the swimming pool.

The final coastal village of the region is Zygi – a small village centred around a fishing shelter that is embraced by fresh fish taverns. You can stop for lunch or join the fishermen on their boats with organised fishing trips where you will be regaled with tales of the sea!

From Zygi the rural villages begin to appear in the heart of countryside, where they present the region’s history through archaeological sites, monuments and traditional architecture.

A short distance from the tranquil countryside of Kalavassos village lies the Kalavassos-Tenta Neolithic Settlement that dates back to 8500-7000 BC and is easy to spot thanks to its cone-shaped roof. Passing through Tochni village next - to reach the second Neolithic Settlement at Choirokoitia - you can see the unique church of Saint Constantinos and Saint Helen that may be the only church in the world to sit on a bridge! There is an Ecclesiastical Museum at the church, or you can walk the village’s 3km, circular nature trail.

After reaching Choirokoitia, take a visit to the Neolithic Settlement which is listed on UNESCO's World Heritage Sites, and ranks among the nine most ancient sites in the world. At the premises of basket weaver Petros Nicolaou‘s workshop – housed in a traditional residence - you can watch a basket making or Halloumi cheese making demonstration. Other sights in the village include the restored Old Olive Mill and several interesting churches of different architectural styles.

Next take a trip to Agios Theodoros village which sits on the Pendaschinos riverbank and is known for its tranquil beauty that leads from orchards and groves down to a quiet beach. The village has an old olive mill and an old water mill amongst its sights, and the Larnaka Rural Women’s Association’s premises are also in the village, where open-air markets of local and handmade produce are held when the season permits.

Next it is time to follow the route to higher ground, starting with Skarinou village – home to the Golden Donkey’s Farm (where you can feed the donkeys and buy therapeutic donkey milk products). Also in the village is the Environmental Information Centre of Larnaka Mountainous Area which documents the flora, fauna and geology of Orinis Larnaka (mountainous Larnaka).

After Skarinou take the route to some of the region’s most charming mountain communities where the stone architecture overlooks the most stunning, panoramic hillside views – even just walking the narrow lanes and admiring the traditional architecture is an experience in itself!

In Lefkara you can watch the women deftly making ‘Lefkaritiko’ lace; the famous hand-embroidered lace linens on the UNESCO Intangible World Heritage List. In neighbouring Kato Drys, visit the Bee & Embroidery Museum or the Local Agricultural Museum of Kato Drys. Both villages are home to independent boutique wineries. Ktima Derfamou in Lefkara valley and Ktima Christoudias in Kato Drys both warmly welcome visitors to sample the vintages and find out more about the tradition.

If you would like to return to Larnaka city via a different route, there are many more villages to pass through, including: Kofinou, Alaminos and Psematismenos, among others that traverse countryside and coastline.

You can also cycle your way through Larnaka region by taking the day to try the Larnaka Thematic Cycling Routes.